A helping hand for new doctors 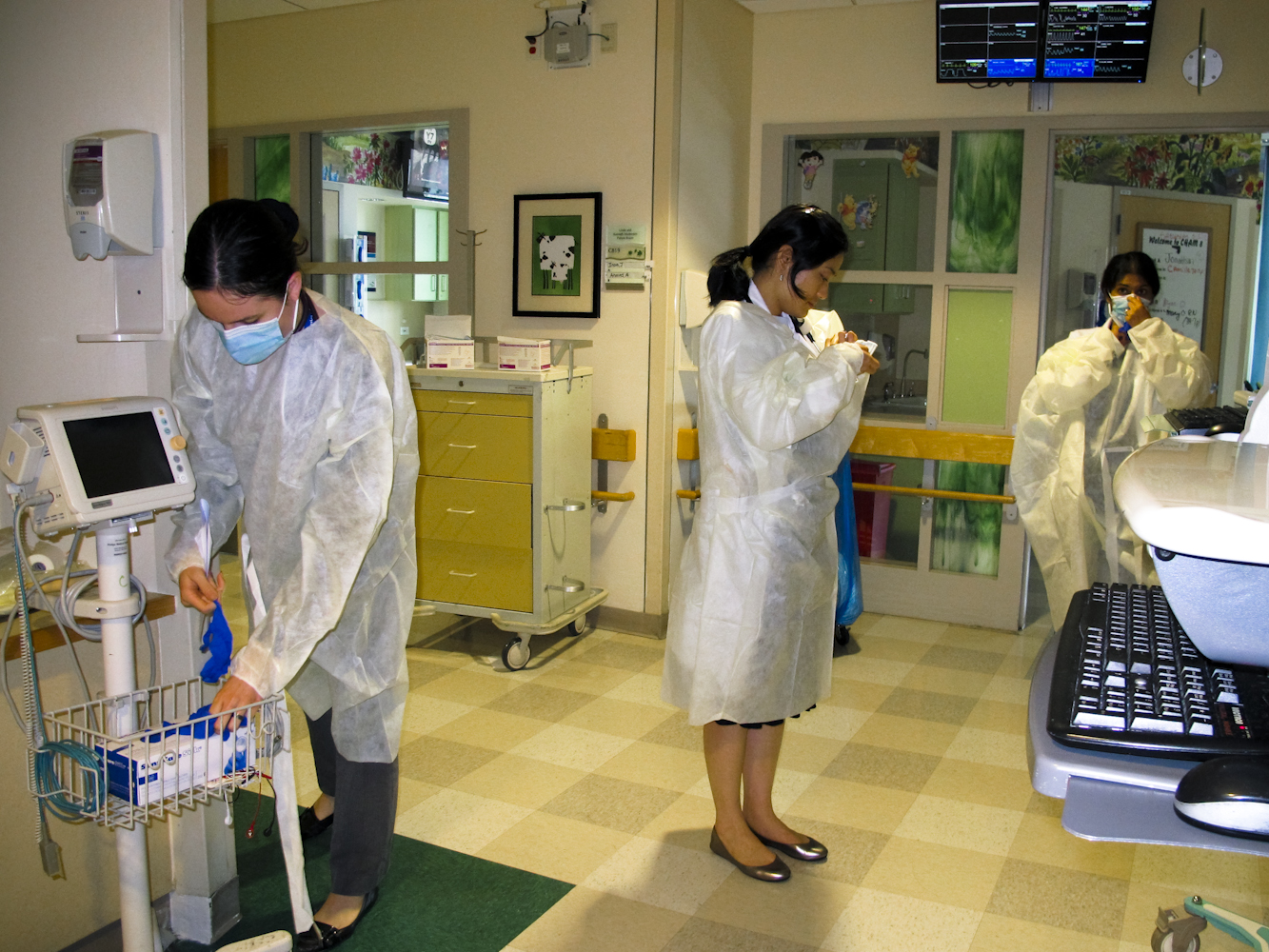 Xin She (center) and colleagues on their rounds (Photo: Sarah Amandolare)

At the end of a low-lit hallway lined with empty hospital beds, Xin She slipped a plastic gown over her white lab coat. She smoothed the long sleeves, slowly pulled a paper mask over her mouth and turned to two other residents.

It was a Saturday morning on the eighth floor of Children’s Hospital at Montefiore in the Bronx. The voices of two cafeteria ladies, chatting as they unloaded trays of sandwiches onto plates, interrupted the silence on the floor. Xin She, 28, is a first-year resident in Montefiore’s Social Pediatrics program, which trains physicians to provide care to underserved communities in the South Bronx. She had been rotating through several different rooms, treating patients who suffered from complex chronic conditions. Most required a sophisticated treatment – like a central line or breathing tube – that primary care practices often aren’t equipped for.

The job is exactly what Xin She was looking for. It requires working with patients closely over a long-term period, maintaining relationships and developing elaborate treatment plans, often for a low-income population. Although the position is not classified as family medicine, it requires many of the same skills. Xin She is still deciding whether to pursue primary care or a specialty, but being in social medicine is a good stepping stone for either choice.

Xin She might not have gotten here without Dr. Darwin Deen, her medical school mentor. During her first three years at Yeshiva University’s Albert Einstein School of Medicine, Xin She was one of 29 students paired with older primary care doctors who served as mentors. Doctors and students shared pasta dinners, went to Yankees games and visited clinics, allowing students a chance to see life inside and outside the office for practicing family doctors. Mentors were paid a small stipend of $30 per month to cover some of the expenses for activities.

The program was funded by an approximately $825,000 grant from the U.S. Department of Health and Human Services’ Title VII fund, which supports primary care training. Deen developed the mentor program with five other New York City primary care doctors in an effort to address the decline in the number of students pursuing family medicine.

“You become, in essence, a jack of all trades and a master of none,” Deen said. “And for medical students struggling to master an incredible volume of information, the idea of having to struggle for the rest of their lives is not a very attractive one.”

Deen worked to change that negative perception. Xin She remembers a trip with her mentor to the Well Baby Nursery at Weiler Hospital in the Bronx. They worked with new moms and examined newborns. Xin She envied Deen’s relationship with the mothers and babies. Sometimes, he’d see babies grow up to become parents themselves.

“I thought that was very cool,” Xin She said. “It’s like being a family friend of your patients.”

Deen said the medical school environment is partly responsible for the decline in primary care.

“There is a hidden curriculum in medical schools that is determined by what faculty the students get to see and the attitudes of those faculty,” he said.

For academic physicians, practicing medicine often comes second to university life. They perpetuate the idea that specialization is better than primary care, Deen suggested. Specialists earn higher salaries, often work fewer hours and have more flexibility in their schedules than primary care doctors. Status also factors in: Specialists acquire deep knowledge of a specific field, which is often considered more impressive than the wide-ranging knowledge a primary care physician has. 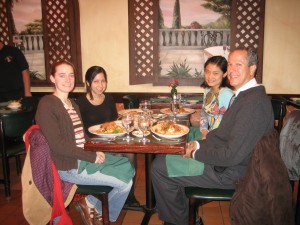 Norah Garry, 28, was interested in primary care when she entered SUNY Downstate College of Medicine, but was concerned about workload and salary. Without a formal mentor program in place at her school, Garry sought advice from a more experienced attending pediatrician there. Now Garry is a resident alongside Xin She in Montefiore’s Social Pediatrics program.

“The doctor was someone that I went to in my fourth year of medical school when I was trying to figure out what I wanted to do,” Garry explained.

“She said, the more you see in your training, the easier it is in your practice,” Garry said.

Still, Garry was concerned about paying off her student debt. Again, her informal mentor offered advice.

“She said, ‘I had those same loans and I made it work,’” Garry said. “She said base your decision on what makes you happy, not how much money you’ll make.”

Deen said he thinks the mentor program could be effective elsewhere. His work with the American Academy of Family Physicians brings him into contact with medical schools throughout the country. The stigma against primary care is everywhere, he said.

Funding for the mentoring program that put Deen and Xin She together has run out. But mentoring will continue in New York. The program at Albert Einstein School of Medicine recently received a grant that will allow it to continue for another three to four years.

For Xin She, the program did more than convince her to pursue primary care as a profession. After growing up in China and Spain, she came to the U.S. as an undergraduate to study at the University of Pennsylvania. Arriving in New York for medical school was overwhelming at first, but Deen helped her acclimate. They went to the New York Botanical Garden and the Bronx Zoo, and walked around the neighborhoods near Montefiore.

“Just having someone constantly there during your four years is really unique,” Xin She said. “Other medical students, my classmates, really wished they had that.”

*Editor’s note: This article has been amended to make clear that Xin She is affiliated with Montefiore’s Social Pediatrics program.