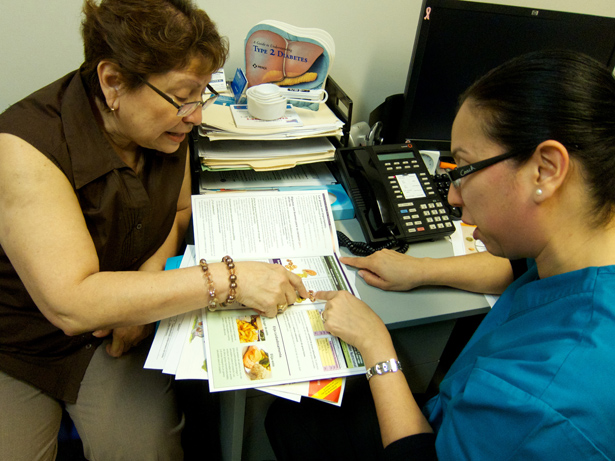 Union Health Center, in Chelsea, is not a typical low-income health clinic. The waiting area is beautiful, but no one enjoys it for very long — in fact, a sign asks patients to speak up if they have waited for more than 15 minutes, because something is wrong. The staff move efficiently, but no one seems rushed. “They take time to listen,” a patient said, before being summoned by a member of the Green Team.

Teams are a central feature of Union’s practice, which has adopted a model of care known as the patient-centered medical home, or PCMH. Over the past few years, the model has been endorsed by leading physician organizations, state Medicaid programs, and many healthcare policy experts. Proponents say it offers a blueprint for fixing a broken primary care system.

Practices around the country are adopting the PCMH model, but New York state is leading the way. Nearly 1,000 primary care practices in New York State have been recognized as medical homes — twice as many as any other state, according to data from the National Committee for Quality Assurance, a healthcare accreditation organization. (See chart.)

When Nancy Hidalgo, a 62-year-old garment worker from the Bronx, went to the hospital a few weeks ago, it was to prepare for routine surgery on her left knee. She did not expect to suffer a heart attack. “If I hadn’t been at the hospital already, I could have died,” she said. 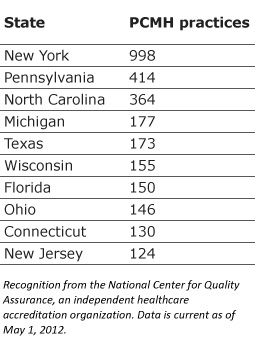 She had come to Union to follow up with her primary care provider, Dr. Sayaka Ogata. Hidalgo had not made an appointment, but one of the imperatives of the PCMH model is to make it easy for patients to access care — which includes building in flexibility for walk-ins and next-day appointments. The staff are also obsessed with improving the phone system, so that patients get the right person on the other end without losing calls to voice mail, failed transfers, or hold music.

“We work really hard to make sure that access is seamless,” said Molly Collins, a primary care physician at Union. “Which is impossible, but we try. You can get close.”

Because Hidalgo would not be able to see Dr. Sayaka immediately, the staff scheduled her for patient education with the Blue Team’s health coach, Monica Guillen. Health coaches play a critical role in the team-based approach to care. They provide patients with a place to ask detailed questions. The process also frees up the doctor to spend her time on clinical problems.

“Are you eating whole wheat bread?” Guillen asked, in Spanish. “Oh, yes,” Hidalgo said. “I get this wonderful bread from a Polish bakery, with lots of different grains.”

“But are you sure it’s whole wheat?” Guillen probed. “Sometimes the package says whole wheat, but it’s not one hundred percent. You want to look for something with a lot of fiber.”

They reviewed lab results, the meaning of HDL vs LDL cholesterol levels, the merits of fish versus red meat. After twenty minutes, Hidalgo mentioned that she had not been taking her anti-cholesterol medication.

When they were finished, Dr. Sayaka was almost ready to see Hidalgo. Before she did, Guillen caught her in the hallway and told her the patient had not been taking her medication. “That was something we didn’t know,” Guillen said. “The doctor had thought it wasn’t working before, and had increased the dosage.”

Elliptically, the patient mentioned that she had not been taking her anti-cholesterol medication

Experts like Takach say the biggest challenge of implementing the PCMH model, besides strong leadership at the practice level, is figuring out how to pay for it. If medical homes keep patients healthier, research suggests, it could reduce overall health care system costs. But unless primary care providers are compensated differently, it can be impossible to make the changes that the model requires.

“Anybody who does it like we do it has to have a fiscal model that is unusual,” Collins said. “The cost structure has to change. Insurance companies have to be willing to pay up front to avoid bigger charges down the line.”